France is the latest country in recent years to call into question the role and efficacy of homeopathy, as governments look for savings in the healthcare budget. Last week’s announcement by France’s Minister for Solidarity & Health Agnes Buzyn that homeopathic medicines will be dereimbursed in France from 1st January 2021 is another blow to this consumer healthcare niche. In 2017, NHS England recommended that doctors no longer prescribe “ineffective, over-priced and low value treatments”, including homeopathy, which is said to have no clear or robust evidence to support use.

The French decision was based on a final recommendation by the Haute Autorité de Santé (HAS) stating that homeopathics have little proven efficacy and should not be covered by health insurance. In its assessment, which spanned 9 months, HAS evaluated close to 1,200 homeopathic products, many of which are currently reimbursed up to 30% when prescribed. In the interim, the level of reimbursement available for certain homeopathics will be cut from 30% to 15% on 1st January 2020, allowing consumers, manufacturers and prescribers time to prepare for eventual dereimbursement. 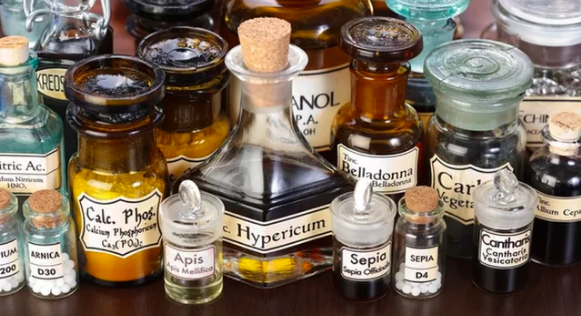 Voicing its shock at the decision, key homeopathic player Boiron – which markets various leading OTCs in France, such as teething product Camilia – stated that around 1,000 jobs would be directly affected by the dereimbursement, given that 60% of the company’s business is in France and almost 70% of that is linked to reimbursed medicines. A November 2018 survey by Ipsos revealed that 77% of French people have used homeopathics.

In other countries, such as Spain and the USA, there has been a clampdown on homeopathic health claims. In November 2018, as part of a new marketing authorisation process for homeopathy, the AEMPS (Spanish Agency of Medicines & Medical Devices) indicated that homeopathics with no permitted therapeutic indication must state, “Sin indicaciones terapeuticas” (Without therapeutic indication) on packaging. Likewise, in May 2018, the American Association of Homeopathic Pharmacists announced that all homeopathic manufacturers will be encouraged to use the new disclaimer: “Claims based on traditional homeopathic practice, not accepted medical evidence. Not FDA evaluated.”

Keep up to date with the latest in-depth reporting on homeopathy by subscribing to OTC INSIGHT! We have 4 title covering the latest developments in Europe, Asia-Pacific, Latin America and North America. Click here to find out what key features OTC INSIGHT includes. To receive a sample issue or for details of subscription rates, please contact melissa.lee@NicholasHall.com.

OTCs were in Action on Friday in California, where a jury found that homeopathic giant Hyland’s (Standard Homeopathic) did not mislead thousands of consumers into believing that its products are effective for ailments including allergies, leg cramps, migraines and sleeplessness. The effect was immediately felt at the Natural Products Expo in Baltimore, as the news was texted back East to colleagues in the homeopathy and natural products fields.

In recent years, the level of new homeopathic OTC-branded products in the show has seemed to decline, possibly owing to unresolved legal and regulatory issues. This August, for example, the Federal Trade Commission recommended that the FDA revise its 1988 Compliance Policy Guide framework for regulating homeopathics to align with FTC requirements on advertising substantiation. It’s almost perfect timing that today, the FTC is hosting a workshop to evaluate the advertising of OTC homeopathic remedies.

Last Friday’s verdict was notable in that many smaller cases against homeopathy marketers are settled out of court. This major class action decision is perceived as a win for the industry. Specifically, the unsuccessful lawsuit alleged: “Hyland’s sells its homeopathic remedies without explaining to customers that at their practiced dilution levels, “very little, if any” of the advertised active ingredients are present,” reported Law360 on Friday.

During his closing arguments, Hyland’s attorney, Jeffrey Margulies, told jurors that the plaintiffs had a high burden of proof because in order to find that the representations on the product and packaging were false, jurors would have to be convinced that “the products do not perform as promised, because they cannot perform as promised.” Margulies pointed to Hyland’s surveys that show their products have an across-the-board 94% customer satisfaction rating.

The publication of Prince Charles’ “Black Spider” letters last month again brings up the much-debated question of homeopathy, with the Prince’s Trust having lobbied Tony Blair both to retain NHS funding in the UK, as well as minimize criticism of alternative medicines. While critical evidence accumulates against the efficacy of homeopathy, from the UK’s House of Commons study in 2010 to an independent report from the Australian National Health and Medical Research Council in 2015, consumer support for the practice, even in countries with high levels of education and fast access to healthcare info, is as strong as ever.

Patient requests for homeopathic medicines on the NHS prevented Tony Blair’s government from cutting funding. In Germany, a 2014 study found 60% of Germans use homeopathics, a rise of 7% since 2009, with the vast majority of the 60 health funds offering OTC reimbursement doing so only for homeopathic and anthroposophic medicines. A recent study by the Dutch Office of Statistics revealed that homeopathy came second only to acupuncture as the favoured alternative medicine in the Netherlands, with women aged 30-65 with higher education the most frequent users. And this is before we touch on use in India, with its 100,000+ trained homeopaths…

Despite the recent efforts of regulatory authorities to make life hard for homeopathic manufacturers, in Germany (huge price rises for homeopathic registration), the Netherlands (no more indications on homeopathic packs) and the USA (see the FDA’s public hearing in April), the practice is unlikely to disappear any time soon. Nor should it. So long as marketers make no claims beyond soft indications, and HCPs ensure consumers return to them if symptoms have not cleared up, homeopathy can be a gentle and natural alternative to the often confusing world of medicated options. With the correct guidance, there’s enough space in OTC for everyone.

This week, OTCs are in Action in Indonesia. Last year, Indonesian regulators disallowed cough remedies containing only dextromethorphan as an active ingredient. Although this drug is considered safe and effective, it is widely abused because of its hallucinogenic and dissociative side-effects when taken in huge quantities, and tends to appeal to teenagers.

One of the products that was withdrawn is Komix DT, part of category-leading cough remedy Komix (Bintang Toedjoe / Kalbe). To bolster the brand after this withdrawal, the marketer launched Komix Herbal in 2014. It comes in the same packaging as the withdrawn version, and contains lagundi, liquorice and peppermint oil, among other ingredients. This year, Komix Luo Han Kuo+ was launched. The powders contain extract of luo han kuo fruit, honey and pelargonium, and are designed to be dissolved in water to create a warm drink that relieves symptoms of cough and associated heartburn.

Dextromethorphan is sold as an OTC in the US, but eight states have banned its sale to minors under 18 to discourage abuse by teens. It’s not very surprising that OTC INSIGHT North America’s US market report to be published later this month charts the meteoric rise of Zarbee’s honey-based natural cough medicine, launched about two years ago and now claiming fourth place in the category.

The trend towards naturals has been partly driven by regulation, but also by parents concerned about the safety of OTC medicines they give to their children, causing an inevitable rise in sales of homeopathic and herbal remedies across the globe that shows little sign of abating.

Last month, OTCs were in Action at a US FDA meeting, where eminent naturopathic physicians and captains of the homeopathy industry defended the current regulatory structures for the drugs, and a few sceptics were concerned with the lack of scientific-based evidence for compliance. This venerable segment of the market has long been ignored by the agency but the increasing popularity of homeopathy, the introduction of pseudo-homeopathic dietary supplements, as well as inappropriate treatment claims such as asthma, have put the alternative treatments in the spotlight.

According to the CPG: The practice of homeopathy is based on the belief that disease symptoms can be cured by small doses of substances which produce similar symptoms in healthy people.

Although the efficacy of homeopathic drugs will be debated forever, the issue is further clouded by the fact that some  OTC “homeopathic drugs” are not prepared with homeopathic methods of dilution, but make a homeopathic drug claim based on having a plant source. This allows these pseudo-homeopathic products to avoid dietary supplement status and the required disclaimer: “These statements have not been evaluated by the Food & Drug Administration. This product is not intended to diagnose, treat, cure or prevent any disease.” It also crosses the firm line stated by Paul Mittman, Southwest College of Naturopathic Medicine & Health Sciences: A homeopathic is a drug and a dietary supplement is a food.

This is just the beginning of the FDA’s evaluation of homeopathic products, with written comments accepted until 22nd June — and it’s likely there will be some harsh and sceptical comments on homeopathy received by the FDA. However, given the entrenched status of homeopathy as a viable alternative therapy practiced by medical professionals, as well as a relatively safe profile as a mass market OTC, will the FDA overhaul their regulation? Written comments are welcome here as well!

Full coverage of the meeting will be published in the May issue of OTC INSIGHT North America.