Following the approved switch of Voltaren Arthritis Pain by the FDA in mid-February, there was more positive news for GSK’s US analgesics portfolio over the weekend with the FDA approval of Advil Dual Action. This is the first FDA-approved OTC combination of ibuprofen and paracetamol (acetaminophen) in the USA, and GSK is expected to launch the product later this year.

Franck Riot, Head of R&D at GSK Consumer Healthcare, said: “For decades, many consumers have been using ibuprofen and acetaminophen (paracetamol) to get the benefits of both active ingredients when safely treating their headaches, muscle aches, backaches, arthritis and other joint pain. Now Advil, the No. 1 selling OTC pain reliever, will offer US consumers the first-ever alternative option – a single, fixed-dose combination pain reliever.” According to the reported clinical research, this fixed-dose combination achieves superior efficacy compared to the individual monocomponents of ibuprofen (250mg) and acetaminophen (500mg) alone.

Dolostop Plus, another recent combination launch

Another combination OTC painkiller we tracked recently, formulated with both ibuprofen and paracetamol, is Kern’s September 2019 launch of Dolostop Plus in Spain. Indicated to provide symptomatic relief from mild to moderate pain in adults, these film-coated tablets are formulated with paracetamol 500mg and ibuprofen 150mg, with a stated dose of 1-2 tablets every 6 hours, and claimed to be the first and only OTC paracetamol and ibuprofen combination available in Spain.

In several markets around the world, such as the UK, Russia, Japan and Indonesia, combination paracetamol + ibuprofen OTC remedies are already well-established, but these recent developments in the USA and Spain point to growing acceptance among global regulators about the safety of fixed-dose OTC analgesic combinations.

Where will NPD take the CHC market in the future? Find out in our upcoming report, Innovation in CHC: NPD & Innovation in CHC under the Spotlight! This report, drawing on Nicholas Hall’s CHC New Products Tracker, assesses the global picture of CHC innovation in 2019, featuring ingredient trends, delivery format trends, analysing innovation trends by region and by marketer, plus much more! To pre-order your copy and save with the pre-publication discount, or for more information, please contact melissa.lee@NicholasHall.com.

According to the European Society of Cardiology, ibuprofen is associated with increased blood pressure and hypertension compared to celecoxib in patients with osteoarthritis or rheumatoid arthritis and increased risk of cardiovascular disease.

Nonsteroidal anti-inflammatory drugs (NSAIDs), both non-selective and selective cyclooxygenase-2 (COX-2) inhibitors, are among the most widely prescribed drugs worldwide, but are now linked with increased blood pressure and adverse cardiovascular events.

NSAID labels include warnings about potential increases in blood pressure but there is little data on the effects of individual drugs. Maintaining or achieving blood pressure control in patients with arthritis and concomitant hypertension could avoid more than 70,000 deaths from stroke and 60,000 deaths from coronary heart disease each year.

The study which found the results, PRECISION-ABPM, was a prospective, double blind, randomised, non-inferiority cardiovascular safety trial. It was conducted at 60 sites in the US and included 444 patients, of whom 408 (92%) had osteoarthritis and 36 (8%) had rheumatoid arthritis. All patients had evidence of, or were at increased risk for, coronary artery disease. 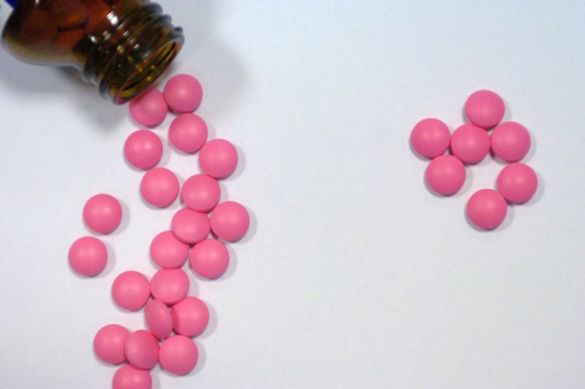 These results support and extend the findings of the PRECISION trial, demonstrating non-inferiority for the primary cardiovascular outcomes for moderate doses of celecoxib compared with naproxen or ibuprofen.

This week, OTCs are in Action in the UK, where the Nicholas Hall reports team has just unveiled its latest Global OTC Analgesics compendium, filled with a vast amount of analysis on pain care trends around the world.

Muscle pain, dental pain, period pain, etc are experienced by all consumers, whether they buy OTCs in Walmart in the US, “farmacias” in Mexico, or family-owned warungs in Indonesia. New product launches, A+P campaigns and expanded retail availability has shifted share among marketers – while rarely offering people more efficacious and safer OTC pain products.

So a few studies discussed at the end of Global OTC Analgesics jumped out – especially given their “natural” heritage:

A final study seems to have validated common knowledge – males and females may process pain differently. When researchers looked at the longstanding theory that pain is transmitted from the site of injury or inflammation through the nervous system using microglia – an immune system cell – they found this is only true in male mice.

What an opportunity for gender-specific OTCs in the future!

On a personal note, a recent dental surgery appointment concluded with the offer of a prescription for painkillers, accompanied by the suggestion that OTC ibuprofen might be enough. Knowing that the OTC would work for me, I declined the Rx drug, but how many people would have just accepted the Rx as the best form of treatment, bringing a potentially risky substance into their homes unnecessarily?

This month, the US National Safety Council is teaching more people that OTCs can be as effective as an Rx painkiller. Evidence for the efficacy of pain medications is a white paper showing the combination of OTC pain medications, ibuprofen and acetaminophen (paracetamol), is more effective at treating acute pain than opioid painkillers. Rx hydrocodone combination products, such as Vicodin, have just been reclassified to make the drugs more difficult for doctors to prescribe, and for patients to refill. The NSC white paper validates the efficacy of OTC treatment for acute pain as an alternative to opioid therapy.

Bayer’s Aspirin 81mg has just been approved in Canada for emergency use during heart attacks. According to Bayer, “The message is simple: Canadians should always keep Aspirin 81mg on hand. Be prepared and if you think you or someone around you is having a heart attack, call 911, then crush or chew two Aspirin 81mg tablets.”

The World Health Organisation estimates that depression is one of the top five reasons for loss of quality of life, and NSAIDs are being touted as an important concomitant therapy for some patients, under a doctor’s supervision. Research published by a team at Aarhus University in Denmark “supports a proof-of-concept concerning the use of anti-inflammatory treatment in depression.” Author Ole Köhler, MD, comments, “The biggest problem with depression is that we do not know the causes that trigger the condition in the individual patient. Some studies suggest that the choice of antidepressant medication can be guided by a blood sample that measures whether there is an inflammatory condition in the body. Other studies show that the same blood samples could be used as a guideline on whether a depressive patient can be treated with anti-inflammatory drugs that work better when there is inflammation present simultaneously with the depression. These findings must, however, be verified before they can be implemented in clinical practice.” (JAMA Psychiatry, 15 Oct, 2014)

Some anti-inflammatory medicines, such as aspirin, oestrogen and acetylcysteine (in cough remedy Fluimucil), can improve the efficacy of existing schizophrenia treatments, according to a study presented at the European College of Neuropsychopharmacology. This research, led by Professor Iris Sommer, University Medical Centre, Utrecht, Netherlands, has shown that the immune system is linked to certain psychiatric disorders, such as schizophrenia and bipolar disorder. Research has shown that “antioxidants and anti-inflammatory drugs could not only reduce symptoms associated with the disorders, but also prevent the appearance of neurobiological abnormalities and transition to psychosis if given early during brain development.” (Science Daily, 20 Oct, 2014)

See Nicholas Hall’s OTC.NewDirections for scientific & regulatory developments in all categories, every week.